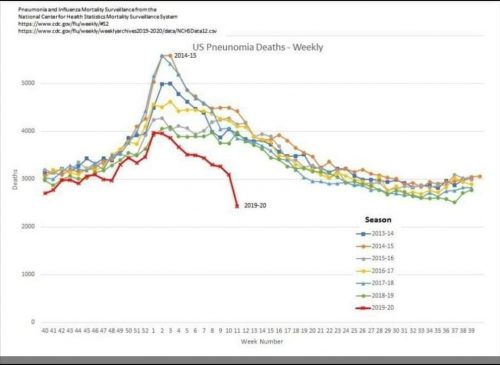 Some family members have even discovered their deceased loved ones’ deaths have been recorded as Wuhan deaths when all the evidence was contrary, including the accidental smothering death of an infant.

Or the case of a baby born premature at just 18 weeks but considered a Wuhan death because the Mom tested positive.

There have also been reports-even now acknowledged in the MSM-that hospital staff have noticed the odd and extreme drop in patient admissions.

This is not just civilians showing up at hospitals around the country with cameras and recording the ghost-town like atmosphere; these are physicians on the record noting the disconnect between the fear mongering in the press and the situation on the ground.

But let’s get to Dr. Brix who responds to a question about whether deaths are being attributed to the Wuhan were actually caused by other pre-existing conditions (remember that virtually all of the Wuhan related deaths involve multiple pre-existing chronic conditions), what the smart people call co-morbidites.

H/T to Daily Caller from the Fox News Channel (posted on my YT channel since these things tend to disappear):

Related:  CDC guidelines encourage this deception by physicians and coroners. Note to boomers:  clicking on the link will open a PDF in your browser or download it to your device.  if you don’t want to risk that, just look at this screenshot from page 2: